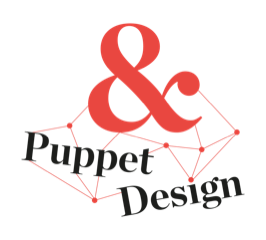 Since 1994, the CTA carries out an intense activity of promoting and disseminating the “Figure Theatre” through the production of shows and the organization of festivals, exhibitions, workshops and events.

He is a founder member of the Associazione dei Teatri di Figura (Association of Figure Theaters) / AGIS ATF and is recognized by the Ministry for Cultural Heritage and Activities as a National Figure Theatre.

Among the main initiatives it organizes and promotes the Alpe Adria Puppet Festival – the International Figure Theatre festival which takes place in Gorizia, Grado, Nova Gorica between the end of August and the beginning of September;  a series of theatre shows for families and children Pomeriggi d’inverno; Festival delle Valli del Natisone | Festival v Nadiških Dolinah an international theatre figure show that involving the municipalities of the Natisone Valleys; some special projects such as Becket&Puppet, Puppet&Music, Gorizia nascosta and the european project Puppet&Design.

Every production of CTA could be considered like a “search path” on relation between actor, figure, music and word that strives towards to realise a dramaturgy in wich all linguages used would have the same communication potential.

At the same time the CTA pursues the goal to identify fresh approaches and new intervention methods on the territory through innovative and experimental productive paths, opening by this way a reflection on the “to produce today” sense, on the audience’s fruition types and on organizational methods.

Puppet&Design is a project financed from Creative Europe

Together with Lutkovno Gledališče Ljubljana, Studio Damúza and IED Madrid – European Institute of Design, the CTA in Gorizia (lead partner) will talk about relationships, connections and links that can be created between the world of figure theatre and the world of everyday objects, artifacts and design objects.

During the three-years period 2020-2022, the project will develop between Italy, Slovenia, Spain and the Czech Republic through various actions, including:

The creative residencies of CTA propose to develop the theatrical potential of Circus. This is the collection of the Alessi’s catalogue designed by Marcel Wanders. The first results of the work of Michele Sambin, Alessandro Martinello and Pablo Mesa Capella are visible at this link https://vimeo.com/480703920

Among the various long-term objectives:

Contact's information
Address: Viale XX Settembre, 14 (316,44 km) 34170 Gorizia, Friuli-Venezia Giulia
Phone: 0481 537280
Email: info@ctagorizia.it
Web Site: https://www.ctagorizia.it/
Facebook: Go to the social page
Industrie culturali
We use cookies on our website to give you the most relevant experience by remembering your preferences and repeat visits. By clicking “Accept All”, you consent to the use of ALL the cookies. However, you may visit "Cookie Settings" to provide a controlled consent.
Cookie SettingsAccept All
Manage consent